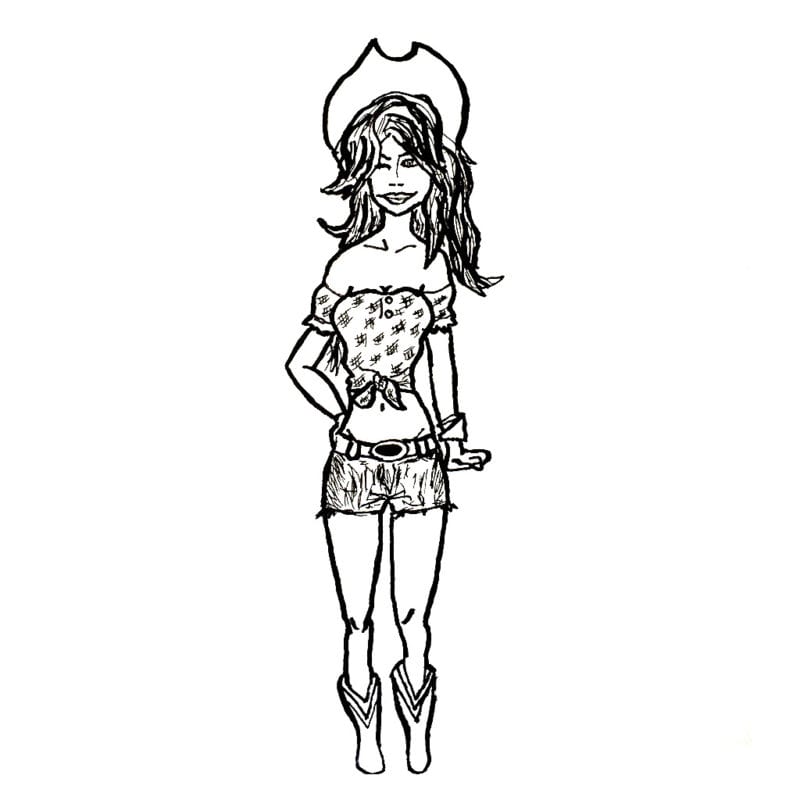 Here it was, stardom, popularity, fame, power.  I considered myself lucky to have known the darkness so well before tasting the light.  It was a new day, a Friday, the most wonderful Friday I had ever met.  Pre-Olivia life was already a distant memory, though it was no more than twenty-three hours ago.  A colorful landscape of possibilities loomed on the horizon as I cruised down the hallway to last period, gym class.

Gym class was the only period I had with Olivia.  I had waited all day for it.  I walked into the boy’s locker room and took a seat on the metal bench in front of my tiny locker.  I un-coded my combination lock and took my gym clothes out, bright orange nylon shorts, almost gold actually, and a white Toasters tee-shirt that my mom had bought for me at this head shop in Hicksville, Long Island called Utopia. Orange was, and still is my favorite color.  Utopia was one of those half porn shops half head shops and definitely one of those shops a thirteen-year-old kid felt extremely weird walkin into with his mom… but as far as I knew, it was the only stupid store that sold those stupid ska band tee-shirts that I had to wear just in case this all didn’t work out.  So I got dressed for class.  Three lockers down from mine was Jake’s locker, Jake Stern.  This was it.  I waited for him… and then, he walked in. There he was.  Jake Fucking Stern.

I was armed with my arsenal of popularity, eager to engage in battle.  The days of some mediocre moron pushing me around were done.  And then it started.  A jockstrap blindsided me and slapped me right on the side of my face.  I could feel years of oppression and anger and fury erupting to the surface.

I looked at him.  He laughed.  His fucking friends laughed too… though aside from Dave, he really had no friends.  So he was really just providing entertainment at my expense to a buncha kids that didn’t really like him to begin with.

I picked up the jockstrap from the floor and without any control over my muscles, as if it had been engrained in my muscle memory since birth, I thrust the jockstrap through the air with as much force as I could muster up, I thrust it straight back at him, aiming for his face, and nearly pummeled him in his temple, but Jake ducked the flying cock strap as it slammed his metal locker.

That was the moment I changed.

It was five or so minutes before class was scheduled to start and Olivia and Brooke were sitting on the floor of the indoor basketball court waiting for my entrance.  They had no idea what I had just went through.

“Sup homie?”  Brooke shouted to me as soon as she saw me walk outa the boys locker room.  She was talking to me like she was a fake gangster, playing around with me like we had been friends forever.

No idea what to say I just said, “Heyy!”

They were kinda hard to miss…

“I like them too!  Can I wear them Monday?”  Brooke asked.

Then came a miracle: A real conversation was born.  I kept it going…

“Then what do I wear?”  I said nonchalantly, yet bursting inside with excitement and fear.

They wanted to share my shorts.  This was great.

“Which pant leg do I get?  I want the left one.” She finished.

“No I was about to say that! I want the left!”  Olivia proclaimed.

“Okay, you two can share the left and I get the right all to myself.” I chimed in.

“Wanna hang out later? We’re having a get-together at my house.” Brooke said.

I played it cool…

“Well the boys will probably get there at eight.”

Oh no.  That’s right.  They had friends.  Guy friends.  No way they’re going to accept me.  No fucking way.  Then the teacher started class.

We waited as the teacher, a woman of lesbian nature with enough muscle and height packed onto her person to kill a whale with her bare hands, gave us instructions.  She had a basketball tucked under her massive armpit as she talked, she probably coulda palmed it with half a hand… Anyway, she started class.

“TODAY IS THE START OF SQUARE DANCING.  THE NEXT FOUR WEEKS WILL BE SPENT ON DEVELOPING A ROUTINE.”

There were snickers around the room, but woman-Goliath continued…

“EVERYONE WILL FIND A PARTNER AND FORM A GROUP OF SIX.  THE BEST GROUP THAT I CHOOSE WILL PERFORM AT THE BROADWAY MALL IN ONE MONTH FROM NOW.  PICK YOUR GROUP CAREFULLY.  GO!”

Everyone got up and scurried to find a partner.

“The Broadway Mall?”  I heard kids say with repugnance.  The Broadway Mall just wasn’t that fancy… not like the Roosevelt Field Mall… Anyway, I looked at Olivia.  Of course she and I would be partners.  AND WE WERE!  SHE CAME RIGHT UP TO ME!!  I couldn’t believe this wasn’t the worst day of my life.  If this woulda happened yesterday, holy shit.  I’d be the last kid standing, like that invisible leftover kid at all those recess football games that everyone is praying won’t end up on their team.

Brooke grabbed the most popular guy she could find in the class, James, who wasn’t even that popular, but was the best she could find I suppose, and called over one more pair to join us, Steph and Mike.  She arranged our group within seconds while everyone else meandered the room nervously looking to see who would want to dance with them.  My worrying days were over.  Here I sat at the most popular Square Dancing circle in the room.

My eyes fished for Jake to see who he had paired up with.  He was sitting with some fat girl he barely knew.   He caught my glance.  It was then that he got the picture.

He had a fat chick.

My thoughts were interrupted when Olivia and Brooke burst out laughing. They were looking down my shorts but I pretended not to notice.  The teacher looked in our direction and the laughter subsided.  I quickly checked to see if I had anything funny going on under there, maybe my underwear was showing or—oh no.

My dick was stickin out from my underwear givin the girls a clear shot of it through my bright orange gym shorts as I sat on the gym floor.  It was sticking out from my boxers, fully exposed, cause I had my knees kinda tucked in towards my chest and so the leg holes, they were droopin down a bit.  Oh my god.

“OKAY!  EVERYONE UP!” The man-woman teacher told us.

There was no time to think, I tucked my dick back into my boxers as the teacher told us to get up.  I felt humiliated.  HOW STUPID?  All the girls were still laughing.  My face was flush red.  They didn’t know I knew what they were laughing about, but I did. But then another miracle happened.  They all looked at Olivia as if to approve, a little look of “Not bad Olivia!”

I was the man.  I’d passed the size test.

Class ended and Olivia told me that she would wait for me while I got dressed.  Was this real?

I put on my cargos pants and Mighty Mighty Bosstones tee-shirt, another stupid tee-shirt that my mom bought for me at Utopia, and tightened my skater-lookin belt.  I grabbed my backpack and waltzed out past all the losers I could no longer be seen associating with anymore.  Olivia was waiting for me.

SEVEN HOURS TO GO TO THE PARTY.

SIX HOURS TO GO TO THE PARTY.